Ghosts, Robbers and Power Rangers of Halloweens Past 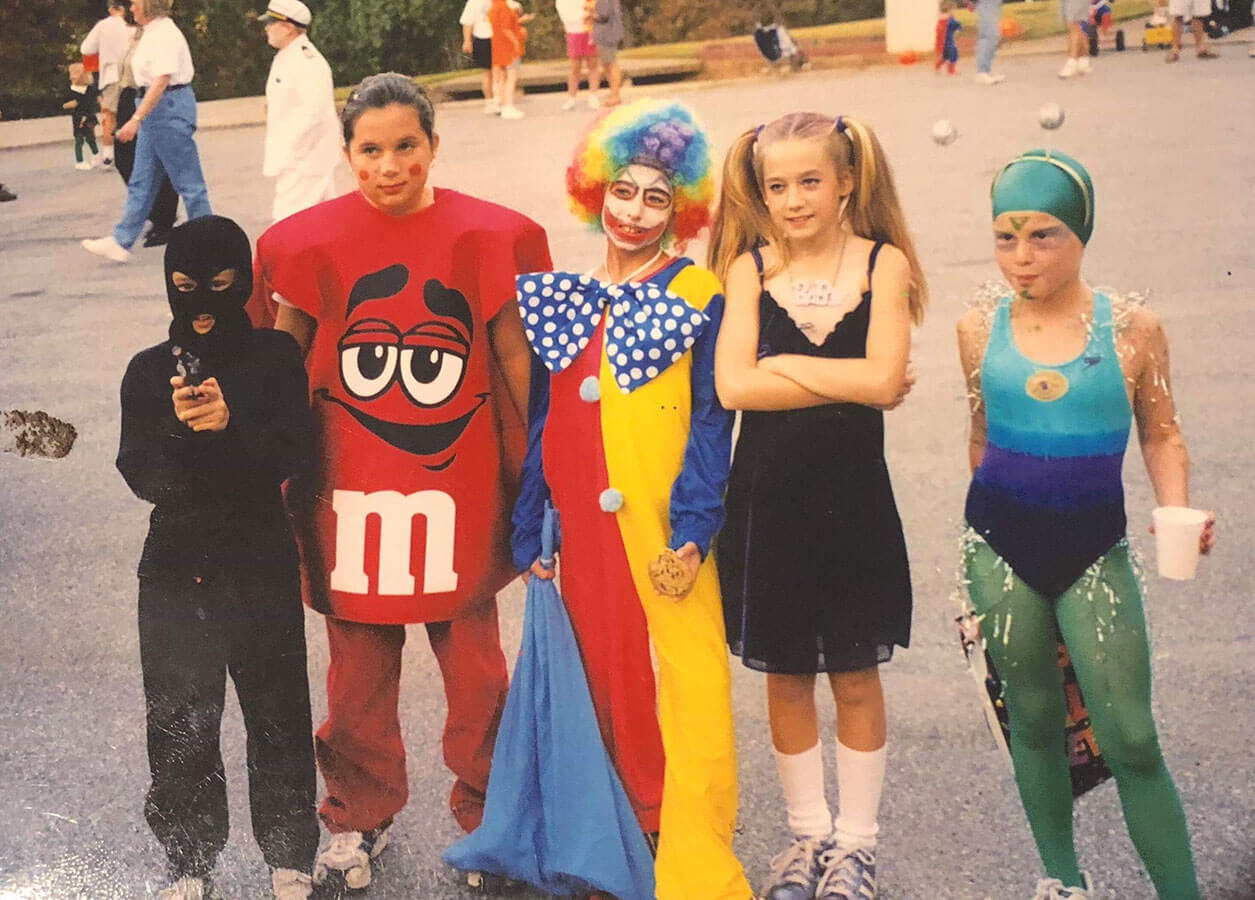 Those of us at The Focus Group love the opportunity to express our creativity, and what day of the year better to do that than Halloween? This year, we have a Beanie Baby, an LSU foodie (or Cat Cora, as a coworker suggested), a girly skeleton, PeeBee from “Mass Effect: Andromeda,” Mary Poppins and a cat, among others.

Some of the staff recalled their favorite costumes from childhood.

Account Executive Lina Wagoner’s mom has stored photos of Lina in just about all of her costumes. Lina said her favorite costume was Red Power Ranger. 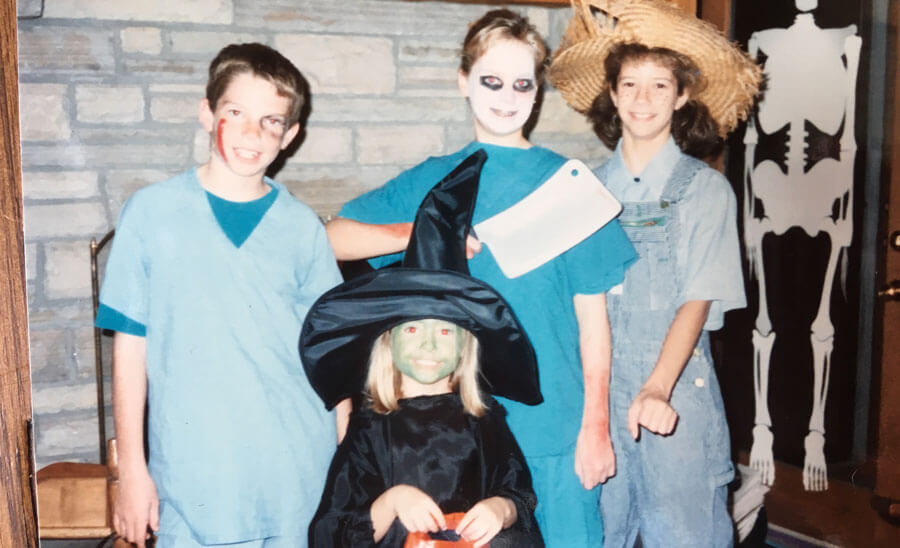 Nandine Landis, Marketing Assistant, got to dress in tandem with her brother. “I think my twin brother and I went as Thing 1 and Thing 2 one year,” she said. “Unfortunately, we lost all of our pictures in (Hurricane) Katrina.”

Colby DiMento, Advertising Assistant, channeled her favorite Harry Potter character. “I was Hermione one year and it was the best thing EVER. I think that one came from eBay,” she said. She’s reprising that role this year.

“I was a ‘robber’ when I was 7 or so years old. I made my costume from black pants, a black turtleneck and one of my dad’s ski masks. I carried a fake gun and would tell the homeowners to give me all their candy,” said Digital Marketing Specialist Kristi Scott.

“I was She-Ra when I was 5,” Senior Account Executive Elizabeth Adams said. “My dad made my shin guards and forearm guards and crown from bright yellow or gold poster board. I even figured out how to pull my sword from my back. “

“I had a healthy obsession with Sky Dancers (awesome ’90s toy!) and wanted to be my favorite toy for Halloween,” Business Development Manager Haley Miles recalled. “We had to make the entire costume from scratch. I had these really neat wings that were made from Styrofoam and wrapped in this amazing shimmer fabric. Obviously, no one knew who I was but I thought it was the best costume EVER!” 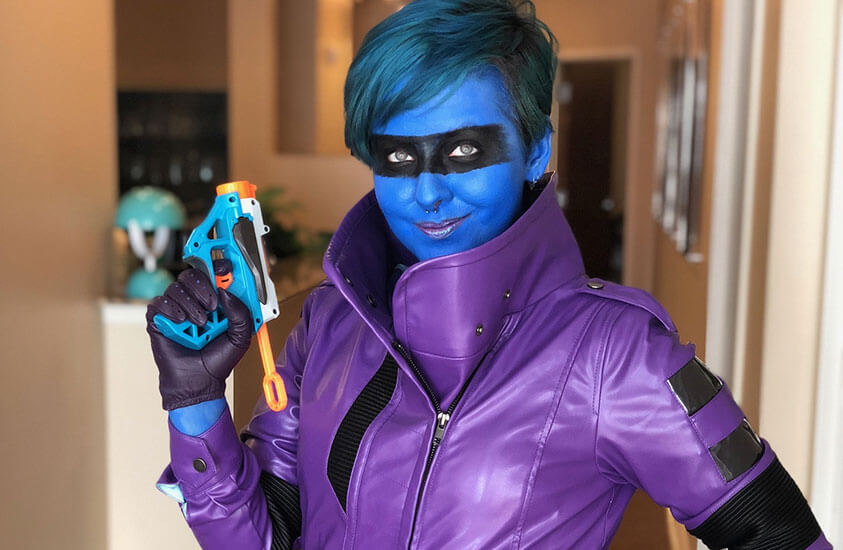 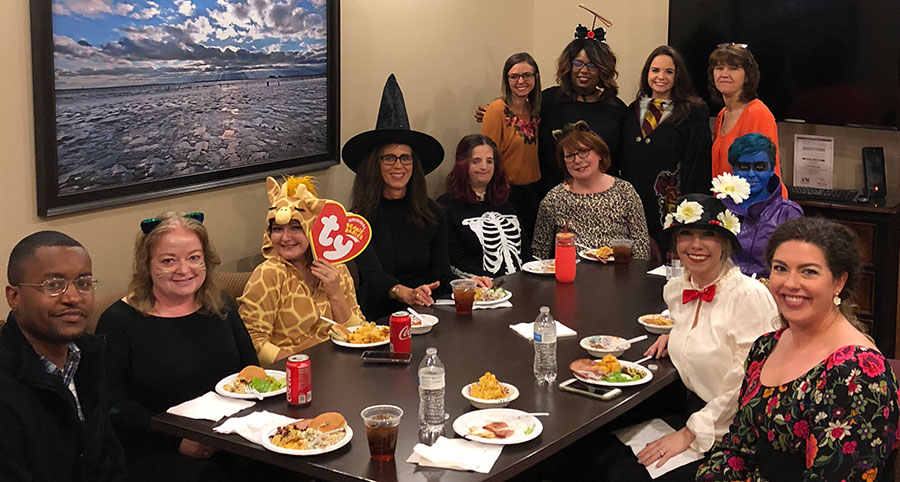